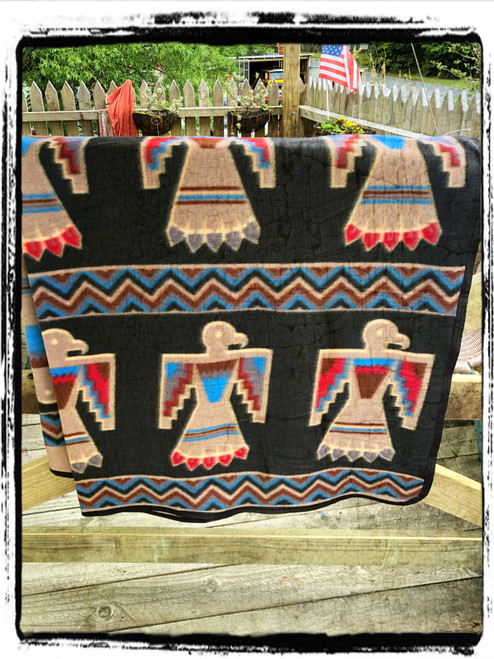 These throws are about the size of a single blanket.

They are 100% polyester,made in India under licence for the El Paso Saddleblanket company in Texas.

The thunderbird is a legendary creature in certain North American indigenous peoples' history and culture. It is considered a supernatural being of power and strength. It is especially important, and frequently depicted, in the art, songs and oral histories of many Pacific Northwest Coast cultures, but is also found in various forms among some peoples of the American Southwest, East Coast of the United States, Great Lakes, and Great Plains.

Shipping will need to be included after purchase on this one.